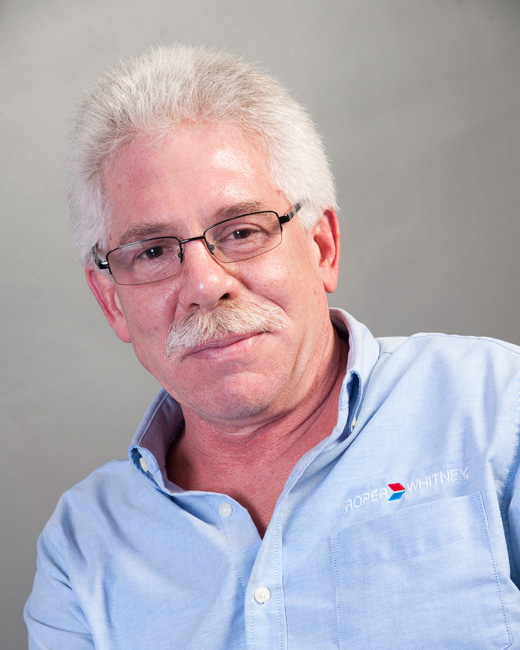 Evan Skytte knew from a young age he could fix almost anything. He spent his childhood learning from his dad, which equipped Evan with a knack for being able to find a solution to difficult challenges. After graduating early from high school, Evan enlisted in the Navy for five years before starting his nearly 40-year career in the sheet metal industry. His years as a maintenance supervisor at one of the largest companies in the region gave him a unique perspective for his current role at Roper Whitney.

After being recruited by Roper Whitney, he joined the team in June 2017 as Service Manager. He feels his background has prepared him to know what good service in the industry looks like. He understands what it means when a machine goes down and the impact that has on the bottom line of a company. That’s what drives him to help over 100 customers a week. He can solve the problems, knows the parts and gets those who need his help up and running, often same day.

Evan goes above and beyond his role as service manager, even answering calls on the weekends. He accredits it to his love for the job and his dedication for a company that has the best machines, all made here in the USA. Since Roper Whitney is a mid-size company and manufacturers its own parts, it fosters more interaction with customers.

As Evan states, “I am always busy doing something. We wear many hats and I amaze myself almost every day. It’s not boring, it’s fun…and I love what I do!”

Roper Whitney is grateful to have Evan part of the team delivering industry-leading service!

Sale on Select Eckold Products For the Month of April